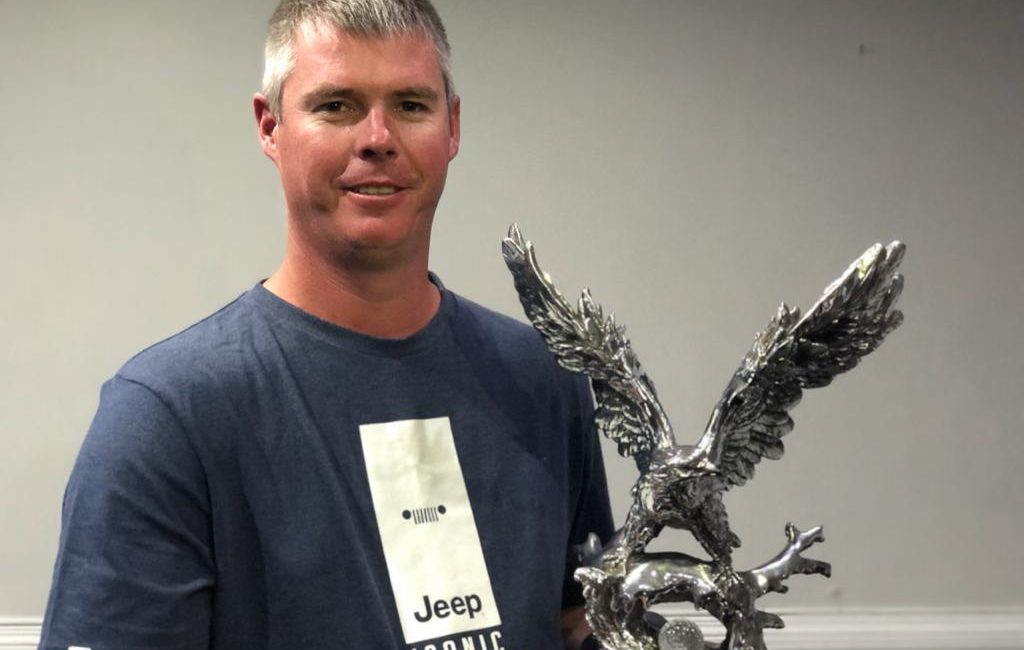 The Final Major of the year, the Duckhook Summer Cup, concluded the 2020 Season at Glendower Golf Club on Friday the 4th of December.

What makes the Summer Cup special is the opportunity for all the Winners throughout the year to come together and compete. The Qualification criteria saw all the Thursday League, Sunday #Series1 and #Series2 Winners receive entry as well as the Top 5 from the Masters and Open. The Special events, The Duckhook Classic, Challenge500 and the Team Knockout also saw the Top 5 finishers and the Quarter Finalists of the Team Match Play tee it up. Then finally the Top 10 ranking point earners from the leagues, excluding the winners over the last 3 months received an entry into the Tournament to make up the 60 player field.

A Medal event at one of the best courses in Gauteng, an exciting highlight for the tour players as well as the much anticipated Awards Dinner post Tournament, a ceremony to honour the golfers and winners over the last 11 months.

The Player of the Season Race also came down to the Summer Cup, with any of the top 10 Ranked players having the opportunity to claim the highest honour of the Season. Frikkie Barnard went into the event holding a slender 3,95 point lead, with an average of 130,40 points over 30 events, while Lukie Jansen went into the day on 126,45 points having played 23 events. It would all depend on their finishing positions and the amount of ranking points earned. The permutation could have been as straight forward as Frikkie finishing higher than Lukie come the end of the Tournament and the Title would go in favour of Frikkie.

With near perfect weather welcoming the players on course, the field teed off from the 1st and 10th Tees to begin their quest for the final Trophy of the Season.

The 1st half of the Tournament saw a fair amount of players still in contention moving onto the final 9 holes, Billy Hall playing off his 17 handicap, took a liking to the parkland layout completing his front nine, carding -3. A nine including 4 Pars, 4 Bogeys and a Double Bogey. Billy then took his golf to the next gear with a impressive stretch over the Par 4 – 11th, Par 4 – 12th, Par 5 – 13th and Par 3 – 18th making 3 Pars and a Birdie. The Birdie coming on the Par 5 – 13th to catapult him ahead of the field to -7 with 4 holes to play.
Billy dropped only his 2nd shot of his round with a Double Bogey on the Par 5 – 15th to move back to -6, but continued his form with his final 2 Pars on the Par 4 – 16th and Par 3 – 17th to take his score to -8! He would go on to complete his final hole to sign for a career best 81 and 8 under par to win his first ever Duckhook Tournament, becoming the Summer Cup Champion for 2020 and earning himself 850 Ranking points and automatic exemption into all the 2021 Majors.

Owen Kenny and Okkie Britz put on a strong fight throughout the 18 holes to finish in a tie for 2nd on -3. Sarel Steyn took the 4th spot on -2 while Graham de Villiers rounded up the Top 5 on -1, the last player in the red numbers.

The Player of the Season race come down to the final putt of the Season. It came down to the Frikkie Barnard and Lukie Jansen, with every shot counted determining how many ranking points they would eventually end up earning in the position they finish. Frikkie concluded his Summer Cup on +4, Tied 24 to earn 40,99 ranking points, while Lukie finished in a tie for 6th earning 146,63 ranking points. It was too close to call on course which left the anticipation at an ultimate high at the Awards. It all came down to Averages and in the end 0,45 points separated the Top 2 players in favour of Frikkie Barnard!

Voted for by the Duckhook Community- the Moment of the Season went to  Team Steady Eddie for prevailing over 39 other Teams to take the Title over the year long Tournament.

The Players’ Player of the Season voted for by their peers went to the player with a great attitude towards in the sport, a great competitor, upholds fair play, and all round awesome guy. Lukie Jansen took the Honours after a Season of many Highlights.

With the 2020 Duckhook Season officially closed we look forward to welcoming the Start of the 2021 Season on Sunday the 17th of January, where the Tour begins at Killarney Golf Club. The 2021 Calendar includes 40 Tournaments!