Hot and on form Lukie Jansen continued his form streak by lifting the 2020 Duckhook Open Claret Jug after shooting -5 to take a one stroke victory over Ronnie Wolhuter at the home of the Duckhook Open, The Ebotse Links

Coming into the Open, Lukie had strung together a run of of good results starting in March finishing T8th at Ebotse on the Thursday League, followed by T12 at Maccauvlie at the end of the month. After the Season break he returned to claim his maiden Victory at Houghton Golf Club on Even par 36 points on a cold winters morning. Another good finished followed at Randpark’s Bushwillow Course finishing in a T13. Having form on his side Lukie came into the 2020 Open ready to take the step up to compete against a field of the best 40 players on Tour.

Playing off a 15 handicap Lukie reach the Par 5 – 7th hole on +2 carding a needed Birdie and 3 points moving him to +1. He went on to light up the back nine executing excellent to play the best 9 holes of his Golfing career. Making up 6 shots in 9 holes which included 8 Pars and only a single Bogey on the Par 4 – 16th to shoot 35 to reach the -5 under mark.

Lukie also earned a valuable 850 ranking points to take him into the Top 5 of the Player of the Season Race.

The field consisted of 2019 Major Champions, League and Player of the Season Champions and the Top 14 players from the Thursday and  Sunday League Series 1 and 2 to compile the 40 man field.

Once again Ebotse provided the perfect Links challenge, requiring an added level of attention and focus. With many struggling with the hard winter conditions and narrow fairways with no forgivness off the fairways.

The next Major will be the Masters which moves to September after being postponed following the national wide lockdown. The qualifying cycle taking place from  June to August.

Ranking points for Majors are higher as players need to play qualify Rounds to take Part. The Winners share of ranking points is 850!

Players Tee off in order of least to most Ranking Points 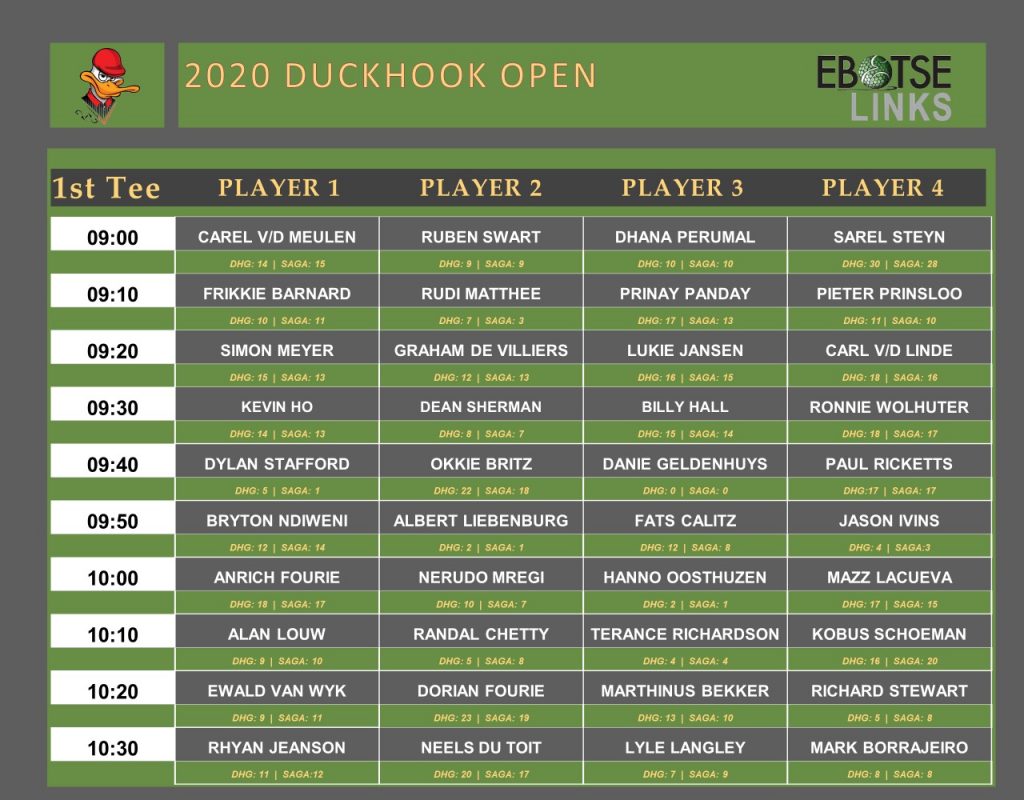 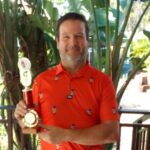 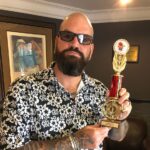 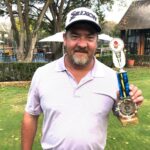 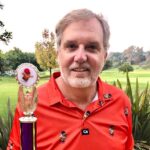 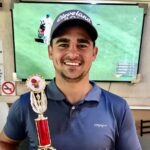 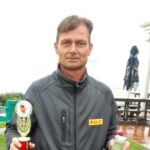 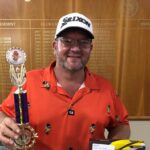 Jan Venter Pars the last to Win his 1st Duckhook Title at Centurion! 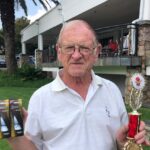