The 2019 Challenge500 for the first time was hosted at Royal Johannesburg and Kensington on their West and East Course! The much anticipated 36 hole Challenge a highlight at the back end of the Season saw 75 players sign up to compete in the 6th edition of the Tournament.

An atmosphere of excitement began to build with players arriving early to look forward to making a run at becoming the 2019 Champion with an added incentive of taking home a Cheque for R5000-00 Duckhook Player Credit. The format required players to accumulate Individual Stableford Points over the two courses.

With the 1st round Teeing off from 7am the players packed their carts and moved to the 1st and 10th Tee to get the Tournament underway on the West course before moving to the East Course to complete the 36 holes.

With the Top 3 spots separated by only 3 points, in form Alan Louw, coming off his 2nd place finish at the Cape Town Boschenmeer 27 Hole Challenge, followed by a first victory on the Sunday League at Zwartkops in October continued his incredible run of form to bag a back to back Victory taking the 2019 Challenge500 Title on -10 (82 points)!

Playing off his 6 handicap Alan Louw conquered the West Course layout carding Level Par 72 for 42 points. His round started on the 10th Tee where he went on to make 13 Pars, a Birdie and an Eagle on the Par 5 – 18th to set up the Tournament on -6 after 18 holes

Moving onto the East Course, and also starting on the 10th Tee, Alan started with a 3 point Par to take his score to -7. He remained at -7 until picking up another shot on the Par 4 – 15th with his second 3 pointer of the nine to reach -8 after 27 holes with 9 holes left to play. Two consecutive 3 point Pars on the Par  3 – 2nd and Par 4 – 3rd added another two shots to the Total. Alan completed his final 8 holes without dropping a shot to sign for his -10, 82 points to claim victory over 2nd place Nico Roets on 80 points and 3rd place Fats Calitz on 79 points.

Congratulations to Alan Louw for also claiming 750 Player Ranking Points as well as etching his name onto the Duckhook Golfers Honours Board.

Well Done to all the players who competed and made the day special as always!

A true test of golf36 holes in one day

Morning on the West CourseTeeing off from 07:00

Afternoon on the East CourseTeeing off from 11:44

The Champion will receive 750 Rankings Points!

Please make payment before the Event.

East and West Course Handicaps will be averaged to get 1 handicap for both rounds.

Players in RED paired together

Players in Red to be paired together 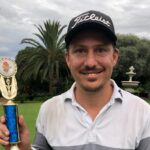 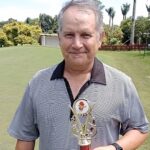 Kobus Nel starts defence of his Title with Victory at Kloof 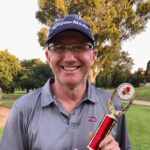 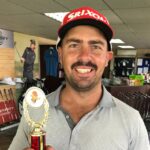 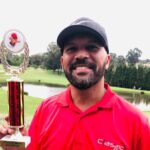 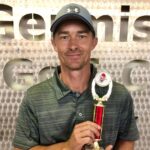 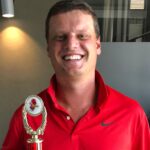 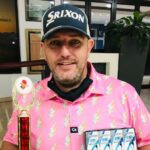