Duckhook Golfers > News > Club News > Marius Engelbrecht Wins Back to Back at Beachwood! 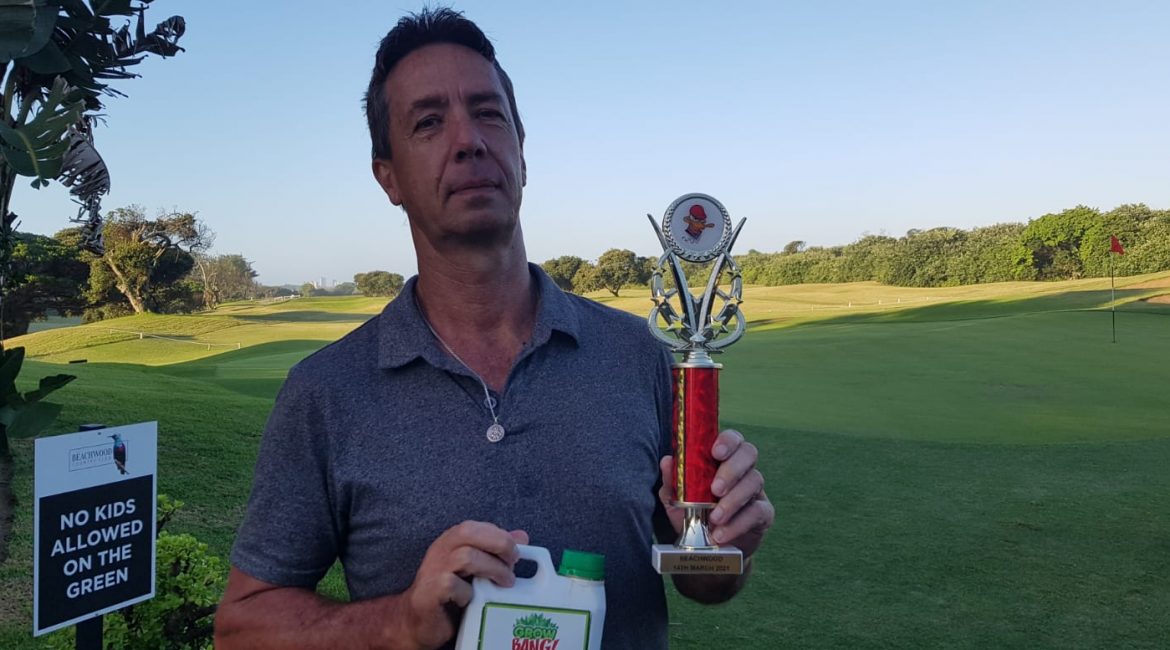 The 3rd event of the 2021 Duckhook Golfers Durban Series took place on Sunday the 14th of March at Beachwood Golf Club.

The 2021 Season is made up of 11 Events from January to November, all taking place at a different golf club to test the player’s skills over 11 months. The Series leaderboard will be determined by the most Individual Stableford Points earned over the 11 Events, with the luxury of 10 out of the 11 scores counting towards the final tally. Allowing a player to miss an event or the worst score falling out to still fight for the Title.

This Season, Srixon will be sponsoring the Series, with the Champion walking away with a year’s supply of Srixon Golf Balls!

Our first back to back winner in Durban.
Beachwood Country Club hosted the 3rd event for the Durban League. On a hot and windy day 20 players took to the Durban North course next to the Indian ocean. The course looked in great condition, everybody teeing off from the first.
The second hole of the day was the closest to the pin. Playing just over 130m from the tee down wind Diyashil Chetty was 2m away and won the closest to the pin contest.
Andrew Godfrey got off to a great start playing off a 8 handicap making 1 Birdie and 4 Pars on the front nine with 19 points. Diyashil also got off to a flying start making 2 birdies on the first 3 holes but lost the advantage after making 2 double drops on the front nine.  With a jam pack leaderboard at halfway with 4 players in the lead. (Halfway is after 10 holes)
Andrew Cassels took the longest drive competition on the 17th hole.
Marius Engelbrecht played his consistent golf making 20 points including 5 Pars and 1 Double Bogey to pave his way for another win in Durban and making him the first back to back winner in Durban.
Congratulations to Marius on his win at Beachwood country Club.

Other results for the day:

To Join the Durban Social League email us on: durban@duckhookgolfers.co.za